Sign-up for our monthly Newsletter and join over 30,000 other houseboaters receiving information on all the latest specials, vacations planning tips and more.

You have successfully subscribed! 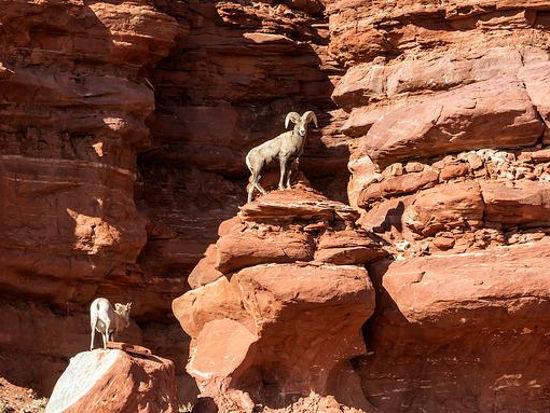 “The earth has music for those who listen.” --George Santayana. At Lake Powell that music is provided by the abundant wildlife of the Glen Canyon National Recreation Area. Sometimes you may have to listen more closely, but like all encounters with wildlife, a story to be retold, and a memory to be cherished forever. 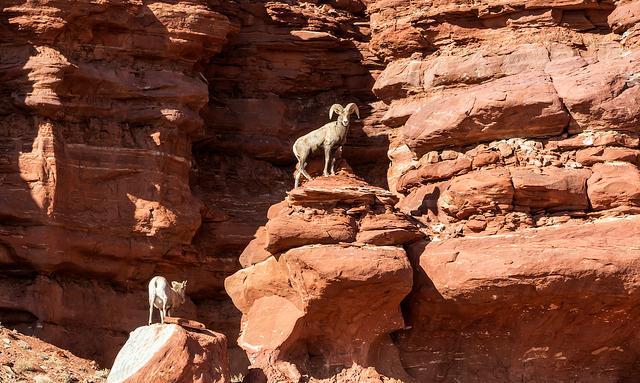 Desert landscapes are much more accommodating to smaller animals, with smaller caloric needs. That is especially why spotting a big horn sheep or hearing a coyote call are a very special treat on a visit to the Lake. Big horn sheep prefer the rocky cliffs far away from humans and are seldom seen because they must cover larger distances to meet their needs. They have smaller bodies and longer legs than their Rocky Mountain counterparts and a lighter fur color.

Coyotes are also unlikely to be seen and more likely to be heard. I’ve mistaken their howls before for the voices of my own children! You may however find coyote tracks or see scat indicating their presence.

You may see small mammals such as cottontail rabbits, jackrabbits, kangaroo rats and packrats and deer mice on the banks or the cliffs or canyons of the lake. You may want to wrap some aluminum foil around the houseboat ropes when you are tied off at night so that these little creatures don’t try to board your boat. 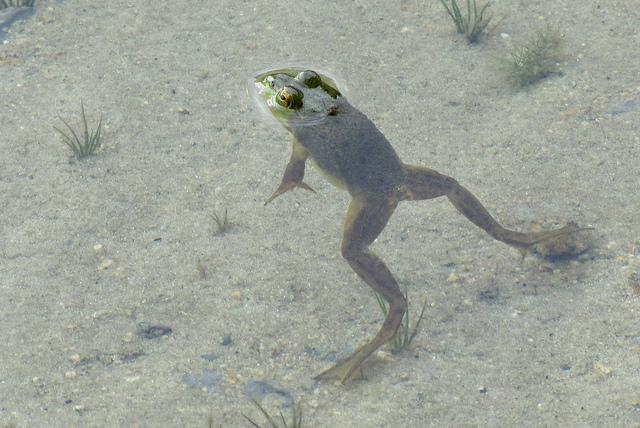 Children will delight in trying to catch a lizard or frog when one is in sight. Frogs and toads usually stay close to the water since their bodies require a lot of moisture. They are more common in the warmer months of May through October and when it’s hot they are more active in the early morning or evening when temperatures are cooler.

Lizards are very prominent in the desert but are often too fast to be caught! Most of the ones you’ll see at Lake Powell are fairly small. If you have a chance to watch one for a few minutes you may see it doing what looks like a pushup—a territorial or mating display.

If you chance to see a rattlesnake on your houseboat trip, stay far away. Rattlesnakes are very poisonous. They rest in shady places during the day and are more active in the evening when it’s cooler. They will warn you by rattling their tales when they feel threatened, if you hear that sound, slowly step far away to avoid being within reach. 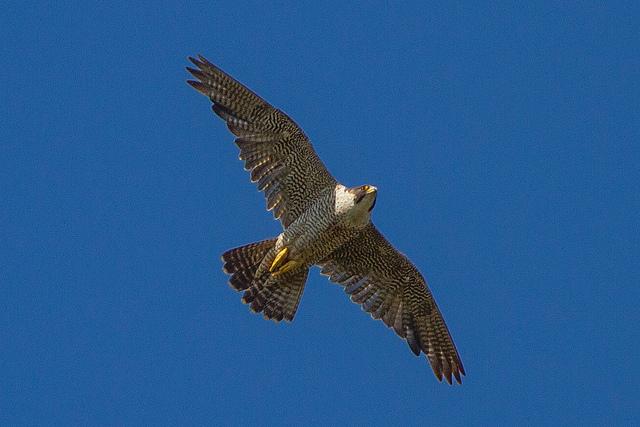 A Peregrine Falcon takes to the skies over Lake Powell
Photo by: Ron Knight

Lake Powell also provided a home for some of our country’s large birds of prey. The Peregrine Falcon population has started making a comeback and can be seen at times soaring among the cliffs. Bald Eagles also enjoy the fish at Lake Powell and are best seen in the winter months. Annual surveys show an average of 18-20 each winter though the Glen Canyon National Recreation Area has cited as many as 45 present. The National Audubon Society conducts a Christmas Bird Count in December where specialists and volunteers count the number of different species in a 15 mile radius of the Glen Canyon National Recreation Area including part of Lake Powell.